Hobnobbing with Gordon from Captive Media 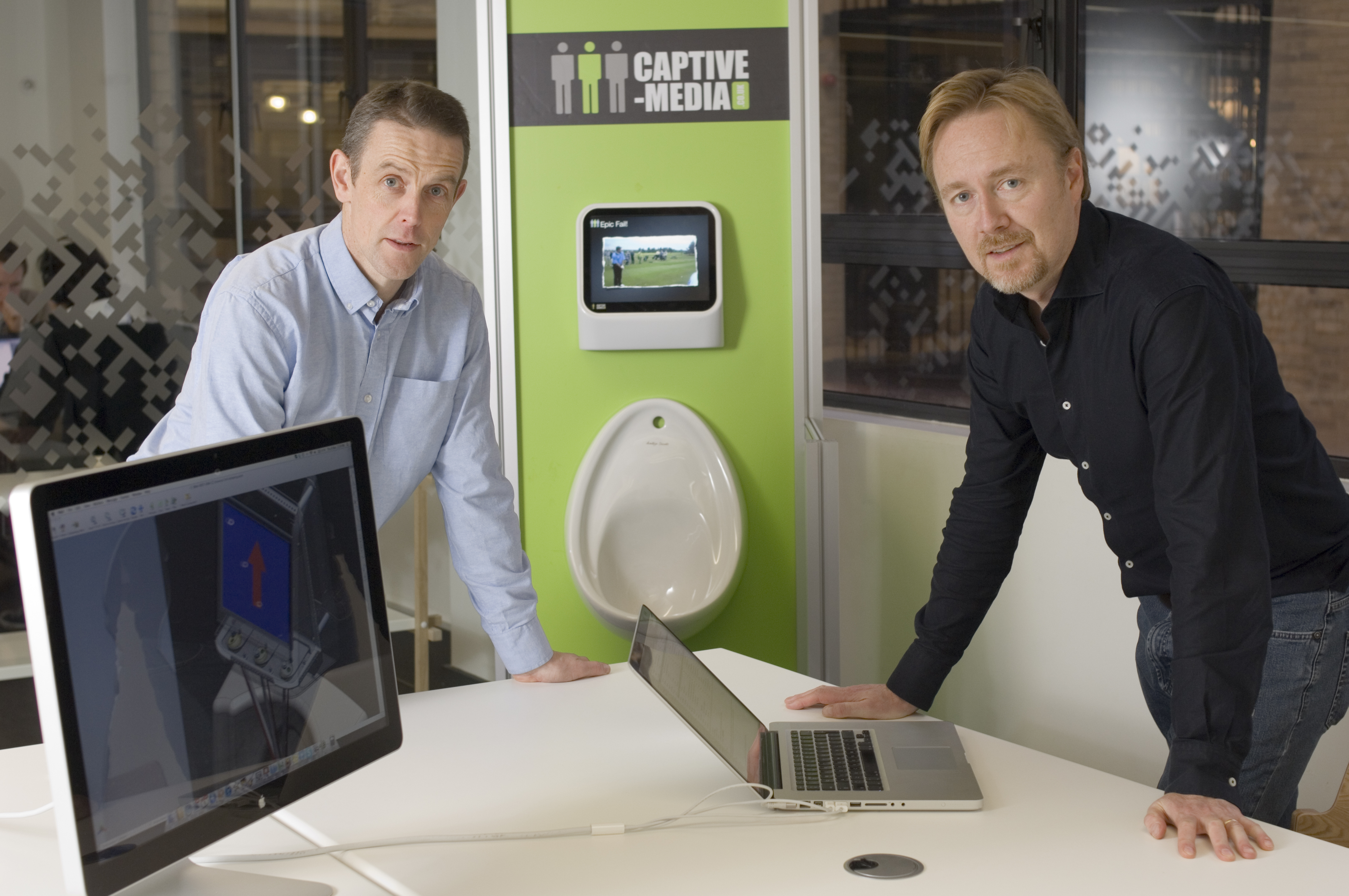 We hobnob with Gordon MacSween from Captive Media about the idea behind the unique business!

So, what does Captive Media do?

Captive Media is a digital ad network – and the only one to guarantee male attention for an entire minute!

The original idea was simply an invention to entertain guys in bars.  But that turned out to be a great solution to another problem – how advertisers can reach a young, male audience that no longer reads newspapers, fast-forwards or skips TV and curates their own music.  Here’s a brief explanation;

Yes – we had installed the first screen in a bar in Cambridge, where the design team were based and were getting rave reviews  from both pub-goers and the venue owners.  Then we were asked if we could show a Corona promotion – which we quickly knocked up on Powerpoint and scheduled to the screens … that weekend we got a call to say sales were up 47% and they’d run out of Corona!   Here’s that first Case Study, which was followed by much more, with different brands and in different locations, but always with the same impact.

What is unique about your business?

The technology is unique – and is now patented – but it’s the customer reactions to our interactive advertising that’s the real differentiator.  Here’s what they reacted when Captain Morgan offered up a penalty shoot-out for the last World Cup.

You have attracted a lot of media attention, do you think the shock factor helps?

The product is very ‘talkable’, so that’s certainly helped us to get a lot of free PR – including two separate appearances on the Discovery Channel!?  Nowadays we use that quality to drive word-of-mouth for our brand customers, because – unless you’re Paddy Power and getting ads banned every day – word-of-mouth is one of the most sought after, but hardest outputs for any ad campaign.

Captive Media supports MacMillan, how important is it to have a social purpose?

Most ad networks will support charities during quiet periods, and it does give the team a lot of satisfaction to turn what we’ve made to good use.  We have run video ads for Macmillan, an interactive quiz for DrinkAware and a “Who’s the Funniest” poll for Comic Relief.  But it’s not entirely altruistic – we often use our work with charities to try out new concepts, and few were as popular as our 2015 UK Election game “Wee the People” for Anthony Nolan, which was the most talked-about game we’ve ever launched and went on to win a coveted ad industry award.  We have a version featuring Donald Trump, but daren’t publish it!


What is your definition of a positive customer experience?

Nothing short of making customers laugh so much they tell their friends about it.

You’re currently reaching out to investors, what do you plan to do when you have raised this funding?

Our current funding round is on Seedrs and is a bridging round to cover operating expenses while we build up ad revenues.  Advertising campaigns are inevitably ‘lumpy’ and there are a lot of agency people to meet and greet before we can say ad revenues have reached their maximum.  It makes sense to do that work before raising larger sums (to expand the network) to reduce our capital costs and minimise the amount of dilution for shareholders.

Prompted by a recent High Ropes trip with my son, I’d say : “Don’t look down till you get to the other side.”

Finally, Gordon what is your favourite biscuit?

There are two – both are Rich Tea and they are joined with butter, sitting next to a fresh mug of tea and the Herald crossword ….

Hobnobbing with Edward Relf from Laundrapp

Hobnobbing with Tom Putnam from Beeline