posted by Lucy Liddiard 6 years ago in Features 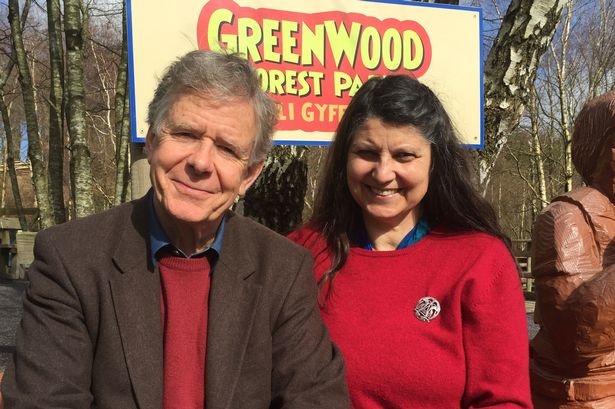 New research has revealed small businesses have been boosted by the staycation economy this year. Barclays business discovered that 70 per cent of adults in the UK have been on or are planning a holiday on home soil, with the average spend per day increasing by over 6 per cent. So what does that mean for our country’s independent tourist attractions?

“It’s been quite a year for GreenWood  – our new 150kW solar array completed its first 12 months of power generation, producing over 120 megawatts of electricity; our new, sun powered, boat ride “Solar Splash” opened at Easter and proved very popular indeed, giving visitors a thrilling ride down the three 80m chutes; we welcomed our 2 millionth visitor and sold over 5000 season tickets for the first time; and we are on track for a record 160,000 visitors by Christmas.  Our staff continue to be our greatest asset as our TripAdvisor reviews constantly remind us, and TripAdvisor itself has placed us 8th in the top ten attractions in the UK.

The challenges are always there – increasing competition for the family market, the demand for higher standards, keeping a lid on ever increasing costs, Brexit and the weather, to name but a few.  But we have great plans and hopes for the future and look forward to continued growth next year.“

“I feel we have to constantly reinvent ourselves. The varied program of entertainment and craft sessions helps to keep the product fresh.”

“The past year has seen huge changes for The Ice Cream Farm tourist attraction. Following the increase in visitor numbers, we carried out an in-depth customer survey in 2013 to better understand how we could improve the site and overall customer experience. Subsequently, a £5million redevelopment was undertaken in 2015, where we remained open throughout.

“We paired the redevelopment of the site with an in-depth marketing campaign, which proved to be a huge success. We welcomed nearly 250,000 people in the six-week period following the launch and visitor figures are set to reach 800,000 this year. Recently receiving recognition from Guinness World Records for the ‘World’s Largest Ice Cream Shop’, The Ice Cream Farm is now the most visited, free-to-enter leisure attraction of its kind in the UK and we are constantly developing our offering, with our sights set on rolling the brand out through multiple and varied channels in the future.”

“It’s been a really successful year with an increase in early season trade. We have created a brand new storyline for 2016 to increase the appeal to return visitors. As well as this we have opened up our Pirate Academy, enabling school groups to double their time on the premises and offering indoor space for workshops.

A challenge would be the limited capacity of the building – we have overcome this by offering additional time slots every 15 minutes throughout the day during peak season.

Due to an increase in overseas visitors we have also introduced translation sheets in German, French and Dutch.”

“Monkey Forest celebrated 10 years last year and 2016 has seen even more reason to celebrate as we were awarded ‘Large Visitor Attraction of the year’ at the Staffordshire Tourism Awards, something we are very proud of.

We’ve had 9 babies born this year at Trentham, which is a brilliant addition to this endangered species. The Barbary macaque was classified as endangered in 2008, with only 8000 left in the wild.  Their demise is due to loss of favourable habitat and the illegal pet trade.  This highlights just how important the work we do at Monkey Forest is.  Our aim is to educate our visitors and share the important conservation message to as many people as possible.

In 1980 and 1986 we re-introduced a total of 600 Barbary macaques back in to the wild in Morocco and Algeria from our sister parks in France and Germany.

We’re coming to the end of another successful season as we close for winter on the 30th October. We hope to continue the success as we begin plans for 2017.”

Will you show employees you’re a good sport during Olympics?
Spring Budget: The Wish List for SMEs
What does the New Year hold for small business owners?
What are the most common uses of electricity in business?