posted by Kareema Ali 5 years ago in Hobnobbing 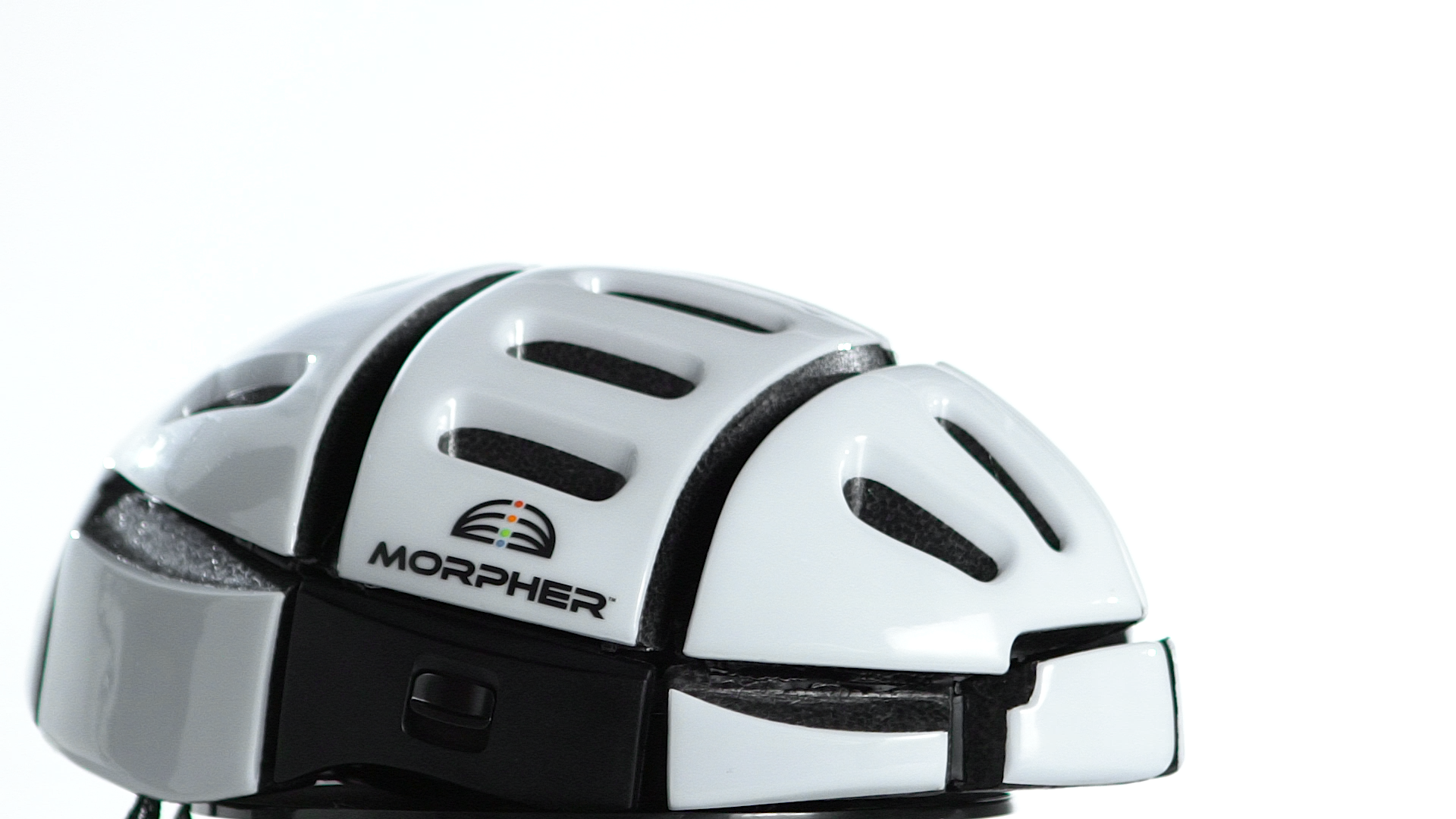 So, what do Folding Helmet Technology Limited do?

We produce the Morpher Helmet, the world’s first flat folding helmet. Morpher was invented to make cycling safety easier for everyone.

Morpher folds and unfolds quickly and simply. The multi-award winning helmet solves the problem of people not wanting to wear a helmet because they find it too bulky and cumbersome to carry when not in use. In less than a second, Morpher folds flat and can easily fit into a laptop bag, backpack or handbag.

Jeff Woolf OBE, came up with the idea of the Morpher folding helmet technology after he nearly died in a cycling accident. The doctors told him that he would have most certainly not survived if he hadn’t been wearing a helmet.  Jeff is an inventor and innovation specialist and has twice been named British Inventor of the year.  Realising how lucky he was to survive the accident because the helmet had saved his life he set about creating a helmet that was small enough for people to always keep in their bag and always have them with them so they could be safer when cycling.

With more bikes than cars sold today in the US and Europe this presents a major solution to a growing road safety problem. RoSPA reports that in the UK 75% of cyclist fatalities were from serious head injuries.

There are at least 200 million people worldwide who use bike schemes and 90% of them don’t wear a helmet even though they know it’s potentially extremely dangerous.

The market for a helmet that is convenient to carry is enormous.

Was it hard becoming a business owner?

It’s hard because at first you have to do absolutely everything yourself. I’ve spent the last five years pouring all my money, time and energy into Morpher Helmet.

Even though Morpher has won five prestigious awards and the helmet gets an amazing response from everyone who has seen and used it, there have been times when I wondered if it was worth it, but I’ve been determined not give up and the success we have achieved to date has made it worthwhile. The Seedrs campaign smashed its target in just over two weeks and we’re already overfunded.

The first breakthrough was when I tentatively launched an Indiegogo campaign to see if there was any interest in the helmet. I set an extremely modest target of $35,000. The breakthrough moment came when we reached the first $10000K it really proved to me that there was potential. It was an incredibly exciting moment. We raised an astonishing $400,000 in total, just through that reward based crowdfunding campaign. Now we’re going for equity funding on Seedrs and we’ve quickly reached our £600k and are now overfunded.

We’re doing really well, now we’ve got a fantastic,experienced team around us, we’ve got patents in most countries and many more to come. We have CE and CPSC safety certification and the order book is filling up fast. There is a lot interest from distributors and agents worldwide and individual orders on the website are growing daily. We have a great relationship with the factory, who make helmets for some of the world’s leading helmet brands including Bell, Giro, Scott, Lazer, Specialized, Bolle, Kali, POC, Trek and Limar.

I would have saved a lot of time and money if I had understood more about how important saving face is in Chinese culture. I found that they will generally say they can do something even when they can’t. I also wish I’d known how long it was going to take.

I wish I’d followed my gut when Dragon’s Den begged me to go on two years running but my original investors, who I am no longer connected with, advised against it; this was a huge mistake.

If so how did you over come them?

I’ve been living an incredibly frugal lifestyle for several years now. It’s been extremely hard on me but especially hard on Lily, my 17 year-old daughter. I’ve spent so many months  months living in China, on almost zero budget, in cheap hotels and with cheap economy flights. This is extremely wearing but I just could not stop putting in the effort. It was especially a strain on my connection with my daughter but to give up would have been foolhardy. So I just ploughed on and on, trying to turn my dream into a reality.

Not only does Morpher fold flatter than any of the competition, we have worldwide recognition from the innovation community, we have won five prestigious awards, including Popular Science’s Safety invention of the Year and one of Time Magazine’s top inventions of 2016.

The amazing feedback we get from customers, whether it’s a comment or video on social media, the encouragement from the Indiegogo backers when things got a bit tough early on, or the incredible people who spread the word to friends and family and encourage them to buy a Morpher. Morpher has got some fantastic champions who have been with us since day one and are really supportive.

You’re currently reaching out for investors, what do you plan to do when you have raised this funding?

The funds raised will go towards development of the next generation of folding cycle helmets, as well as a new range of helmets for snow sports, motor sports, sports safety, security and other sports where helmets are used.  Money will also be used for sales, marketing, production, design, intellectual property and R&D. Oh, and stock!

If you could help a business now with a single piece of advice, what would it be?

Don’t give up, especially if you truly believe in your business of product.

Finally, Jeff what is your favourite biscuit?!

Hobnobbing with Vinny Yu from Yu & You