Home / Hobnobbing with Mike Hill from One Planet Pizza

Hobnobbing with Mike Hill from One Planet Pizza

posted by Kareema Ali 4 years ago in Hobnobbing 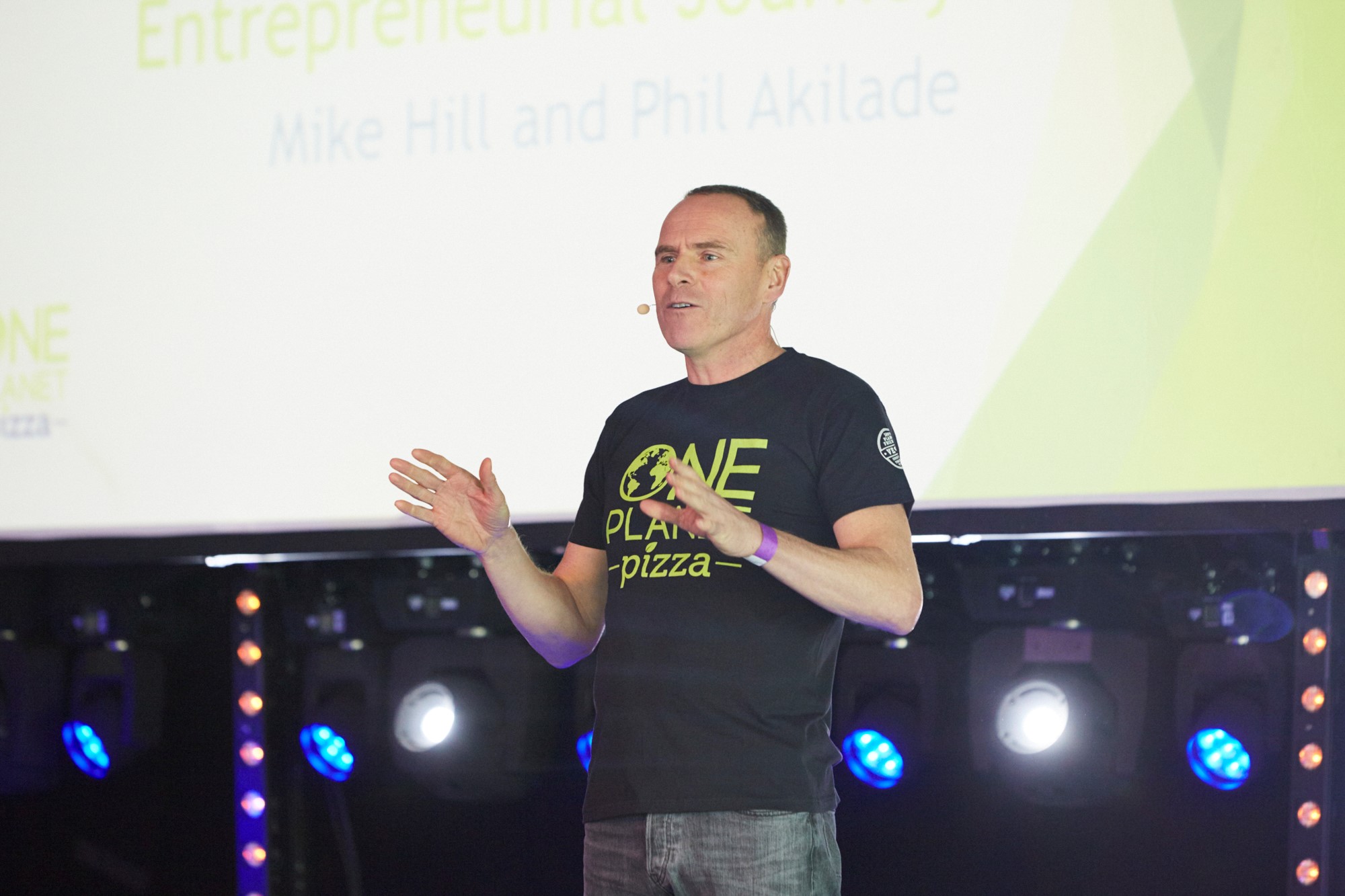 So, what does One Planet Pizza do?

One Planet Pizza aims to be the number one frozen vegan pizza brand in the UK (and then Europe), bringing a vegan alternative to one of the most popular fast foods in the world through mainstream retailers. We are going to achieve this by developing a range of high quality, healthy and great tasting pizzas in as ethical and fun way as possible through a company funded by the community it seeks to serve.

I just thought that pizza is the world’s number one fast food, and yet there isn’t a vegan pizza brand out there. If we can get just 0.01% of the frozen market, that’s still a million pound business. But equally important is giving vegans, veggies and other people that want to eat a more ethical and healthy option, a choice as to the sort of pizza they buy.

I was talking about it with a friend, who came up with the idea of a vegan pizza takeaway, but I didn’t want to do that, as I already run a veggie restaurant, but then I thought but what about a frozen pizza range. There are a couple on the market at the moment but they aren’t that good and don’t have a strong brand at all.

Well, we are just getting going, but the exciting news is that we have hit our target in terms of our crowdfunding campaign, in fact, it was hit within 24 hours of going public. We are now getting our production sorted and getting into a few local outlets in the Norwich area, where we are based.

None at all, except I should have done this earlier!

Well, the company is being set up by experienced vegan and vegetarian business people and will use vegan and vegetarian suppliers wherever we can. But most importantly we want to fund it through “veginvestment” so it is actually owned by the vegan community. That’s why at the start, we are crowd funding 20% of the equity of the company, so that vegans, vegetarians and “veggie curious”, who want to invest as little as £8 (and up to a maximum of £500), can be part of a new vegan company operating in a dynamic and ethical way.

Although the food is ethically produced and cruelty-free, its still got to be about the eating experience, the taste! Its got to taste great, as good as the meat and dairy alternatives.

You’re currently reaching out to investors, what do you plan to do when you have raised this funding?

The funding is going to be used to get our vegan production kitchen set up and running as quickly as possible. Also, we have booked into some of the high profile vegan festivals in 2017, and this will bring the brand to the publics attention really quickly

I am starting a new business! But I have already got a couple of existing ones, and I think the key thing is to make sure you do something that you love to do, that you are passionate about. Also its about getting the right people involved. We have 4 of the leading bloggers in the vegan UK world on board as investors, and they are going to be instrumental in spreading the word.

Finally, Mike what is your favourite biscuit?!

Would you believe I don’t like biscuits but I can tell you my favourite dessert, a lovely dark chocolate tort made with a biscuit base and peanut butter!

Hobnobbing with Carrie Mosley from The Family Pet Show

Hobnobbing with Lee Cullen from No Brainer