Hobnobbing with Derek Moore, CEO and Co-Founder of Coffee & TV

posted by Lucy Liddiard 5 years ago in Hobnobbing 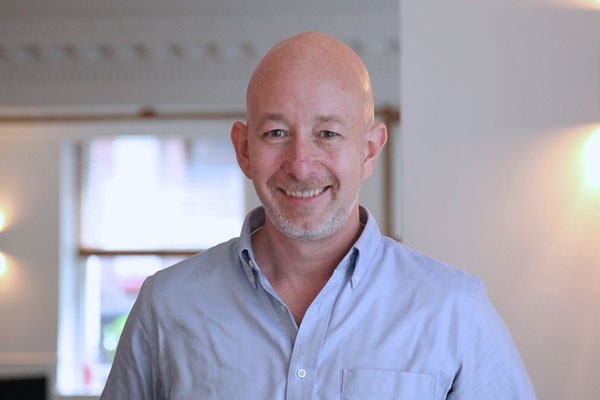 Coffee & TV is an independently owned post production facility, operating in the UK and internationally. Since the company was set up in 2012, it has become a profitable, award-winning creative company with a diverse client-base and excellent portfolio of high-end commercials, broadcast design work and music promos. Coffee & TV’s talented team have worked on a variety of prominent projects; from re-branding China’s leading TV network, to providing the graphics and post production for George Michael’s Freedom documentary and creating the title sequence for BBC Planet Earth II.

How did the idea for the business come about?

Phil, Chris, Truss and I worked together for many years in some of the largest post production facilities in London. The four of us always dreamed of going into business together. As artists ourselves, working at the coalface everyday, we had an insight into what clients wanted from their ideal post house. Rather than repeating the model (and overheads!) of the other traditional big facility houses, our company would give clients direct access to the very best artists in the market. It would be run by creatives for creatives.

When was the company first established?

We finally took the plunge in 2012 after one of our main VFX software packages suddenly came down in price, so we could set up the business with top of the range kit from day one. After a few weeks working on projects from home, we took a small studio in Soho. The extra space really helped the company to flourish and meant we could bring in more talent and take on bigger projects.

How is the business doing?

We have the best team of experts in the industry and an incredible culture. We have generated a steady stream of work from big brands and created a loyal client base. We’re currently looking for new offices in Soho so we can meet demand and expand the team, but always being mindful to stay small enough to be agile and very personal.

Since the company began, what has been the biggest challenge?

Finding space! We’re growing at a fast and steady rate, but since Coffee&TV started in 2012 we’ve had two separate studios in Soho and taken an additional suite off-site. We’re keen to find the right place this time, where we won’t have to move again in a couple of years.

By actually putting our people first (and not just saying that we do) the energy in our studio is unbelievable. Plus our relationships with key talent in the industry means we can always gather the perfect team for our clients. This unique ability to scale productions up and down enables us to put every pound of the client’s budget on the screen.

What’s been your best business decision?

Giving our artists cutting edge kit. The companies where we worked before really struggled to keep their equipment up to date. Mainly because there was so much of it, so upgrading it regularly was prohibitively expensive. But if you have the best and fastest creative people on a project, their output is exponentially better if they are not hanging around rendering or suffering endless crashes.

What is next for Coffee & TV?

As well as an office move, we’re always looking to further our production capabilities through new hires and cutting edge technology. But we can only grow as fast as our best people – we won’t compromise on quality by hiring less than the best. So training and development is a key area for us moving forward.

If you could help one business now with a single piece of advice, what would it be?

Try it! Do something different. I love Dave Trott’s analogy of an army standing at the bottom of two hills. They know their enemy is at the top of one of them, but they don’t know which one. If they wait where they are they will slowly get picked off, but if they run forward as fast as they can, they’ll either run up the hill next to the enemy and be able to shoot them, or find the enemy at the top of their hill and turn around and run up the other one!

Finally, what is your favourite biscuit?

At Coffee & TV we’re not really biscuit fans but we love a crumpet! Out of all the benefits offered to staff recently, the introduction of crumpets for breakfast has by far been the most popular!

Hobnobbing with Edward Relf from Laundrapp